ANGEL - Text by Virginie Devillez - Such a sweet-sounding name for a series of photos showing women pointing guns straight at you. The fixed gaze is often cold and sometimes piercing, aggressive or sad, the constant factor being that it engages directly with the eyes of the person in the firing line. These women, then – blonde or brunette, Eurasian, Caucasian or African, short-haired or long-haired – are armed, determined, for the most part drop-dead gorgeous and straight out of a fantasy locked into the history of cinema: from the very beginning through to the Hollywood golden age of the 40s, women sporting firearms – she-devils and femmes fatales every one – went straight into the «film noir» pigeonhole. True, the role came with its own dark fascination, but it was inevitably part of a scenario that didn’t leave the performer «looking good».

With the advent of Women’s Lib in the 60s actresses who used guns for self-defence, vengeance and even upfront nastiness found fresh kudos. Russ Meyer’s Amazons were hilarious, Faye Dunaway as Bonnie Parker was more dazzling than dangerous, Jane Fonda’s Barbarella was woman as superhero, Charlie’s three Angels came over as the ideal gang of girlfriends and Linda Hamilton in Terminator 2 was the paradigmatically protective mother-figure.

Thus did the armed woman become an everyday, almost banal image, a part – an accepted part, even – of the collective imagination. Not just because deep down she could be very complex, but also because she fitted with a cliché whose sexual connotations are so obvious – remember Jean-Luc Godard saying, «To make a film you have to have a girl and a gun»? The idea was pushed to its limits when the GWG (Girls With Guns) thing got going in Hong Kong in the 80s: Charlie’s Angels¬-inflected scenarios inhabited by lady cops – righters of wrongs, martial arts whizzes, dead shots – who had no truck with doubles or special effects. Angel (1986), with GWG idol Lee Choi Fung, was only the lead-in to brand new, long-lived genre.

Eloquently emblematic, the armed woman nonetheless remains just an image, a photographic cliché which, seen objectively and separated from its context, is null and void. This is the ground Marie Le Mounier’s series takes us onto, drawing rigorously on pop images from the Internet, the press and the movies, and raising the issue of endless, communication-driven multiplication of images never really looked at, much less analysed. Its material meticulously extracted from the media soup, Angel demands our attention just like the earlier Leaders and its crowd-seducing heads of state waving at their audience, each one an exemplification of visual coding, of the iconic imaging of a persona and the wielding of power.

Angel homes in on the flagrant codification the GWG fantasy embodies. Placed side by side these women wind up stripped of all their seductive potential, transformed into a series whose sameness demands a visual/symbolic reading. In opting for a surface sprinkle of glitter, however, the artist offers a veiled allusion which functions, in spite of everything, as a reminder of her subjects’ sensuality. But let’s not get it wrong: this breathing space, this touch of insouciance, also underscores the ongoing media proliferation snow job. And thus do Marie Le Mounier’s images achieve their full impact: via the simplicity of their side-by-side presentation; and via the alternation of large and small formats, the former conveying the sheer force of the images as the latter evoke their endless flow. 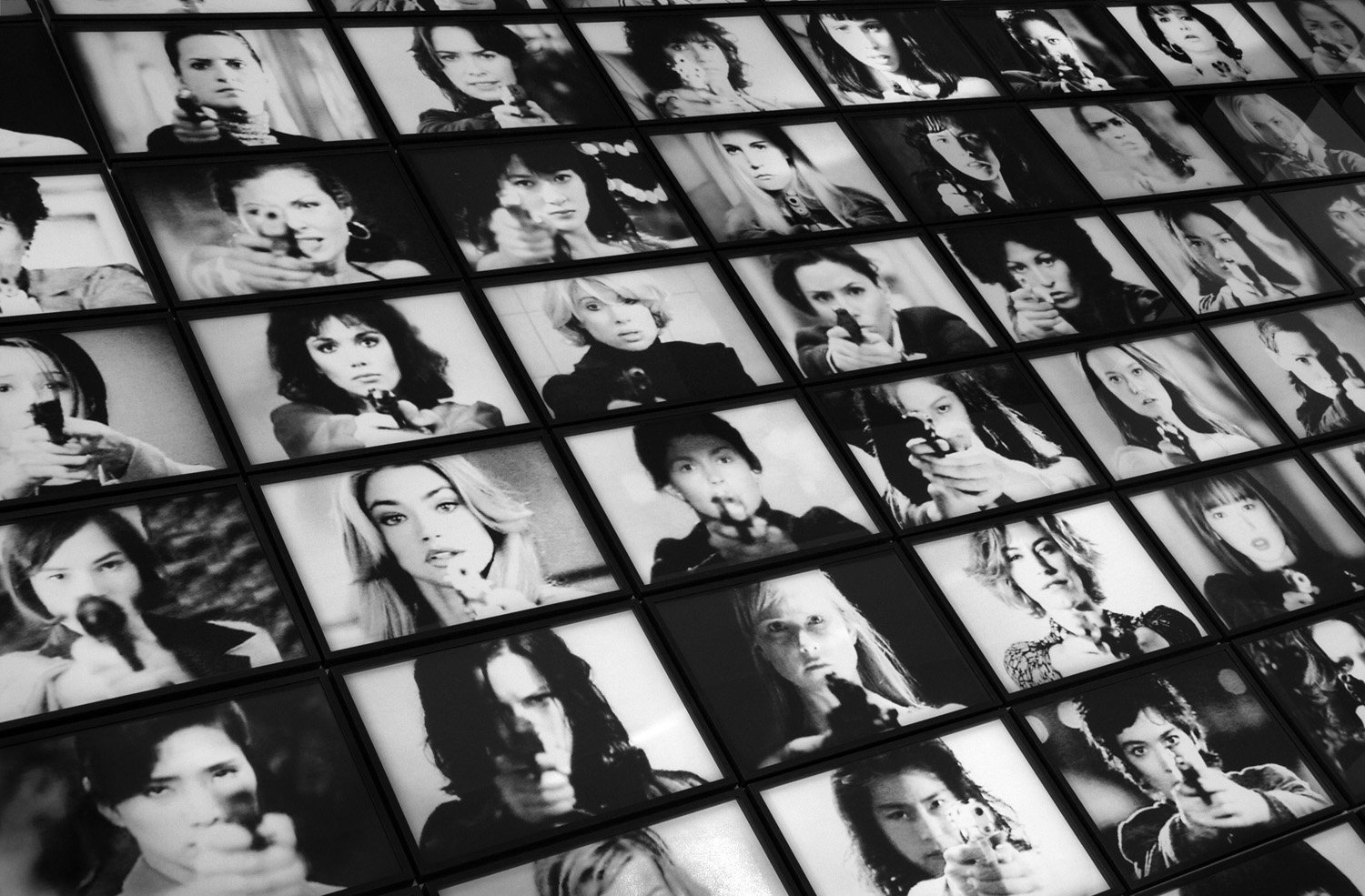 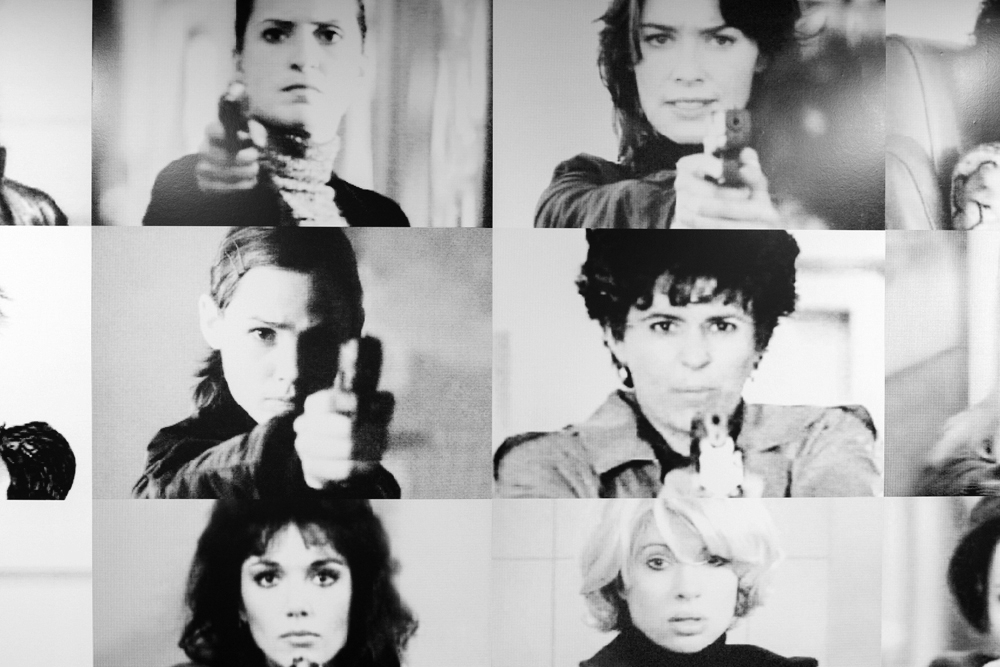 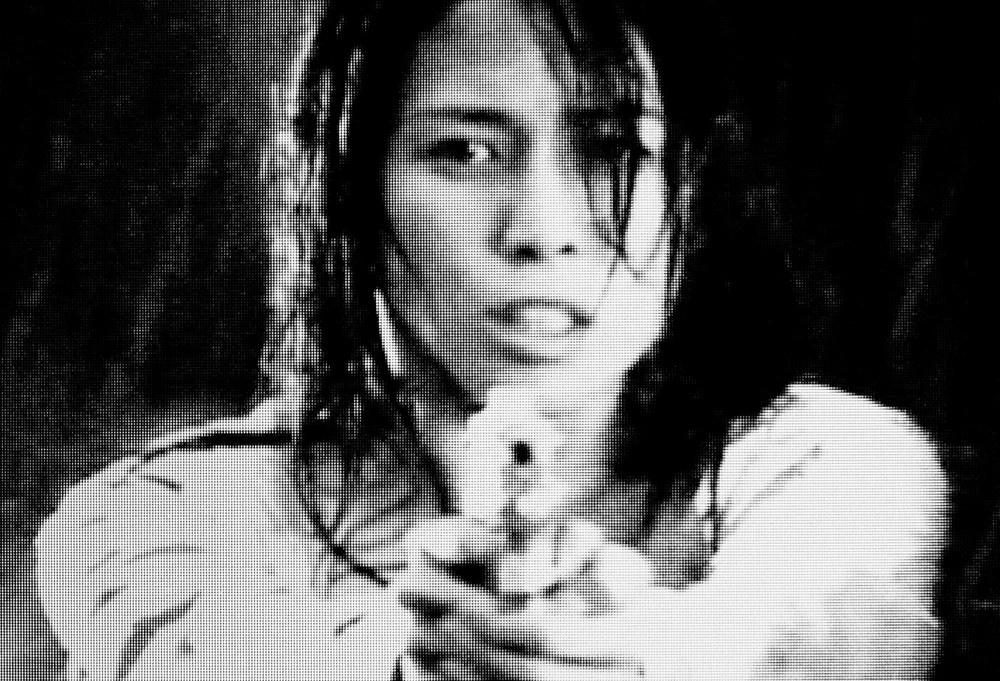 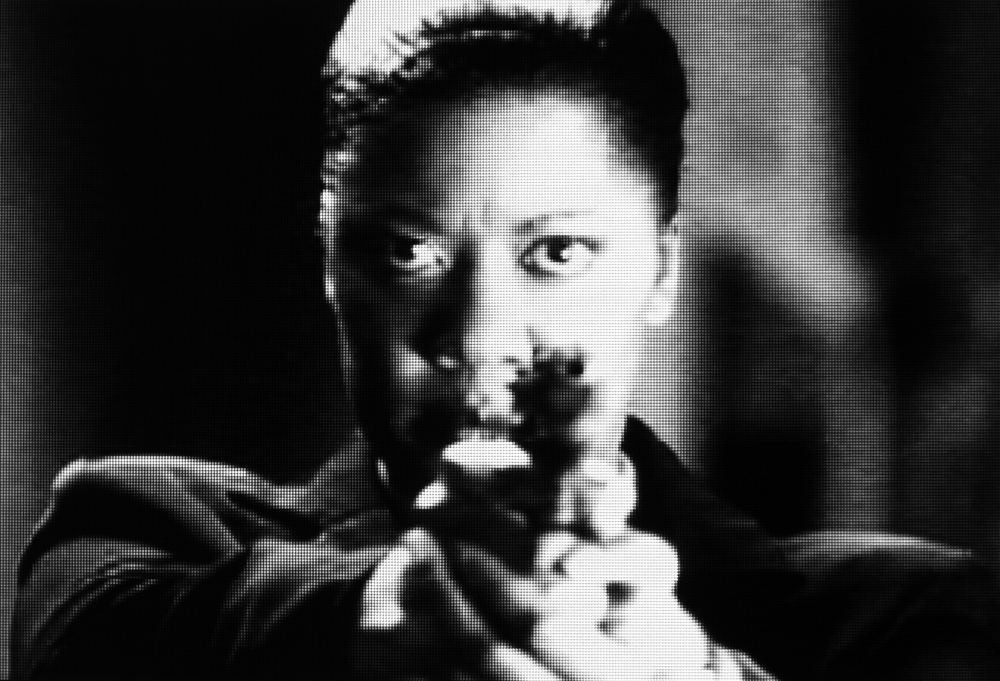 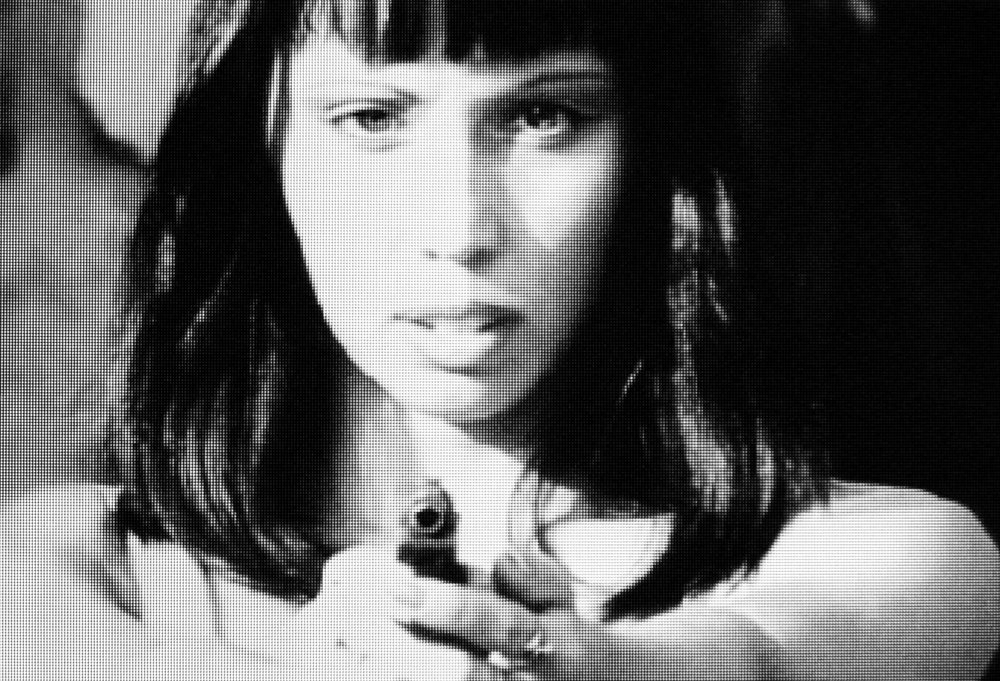 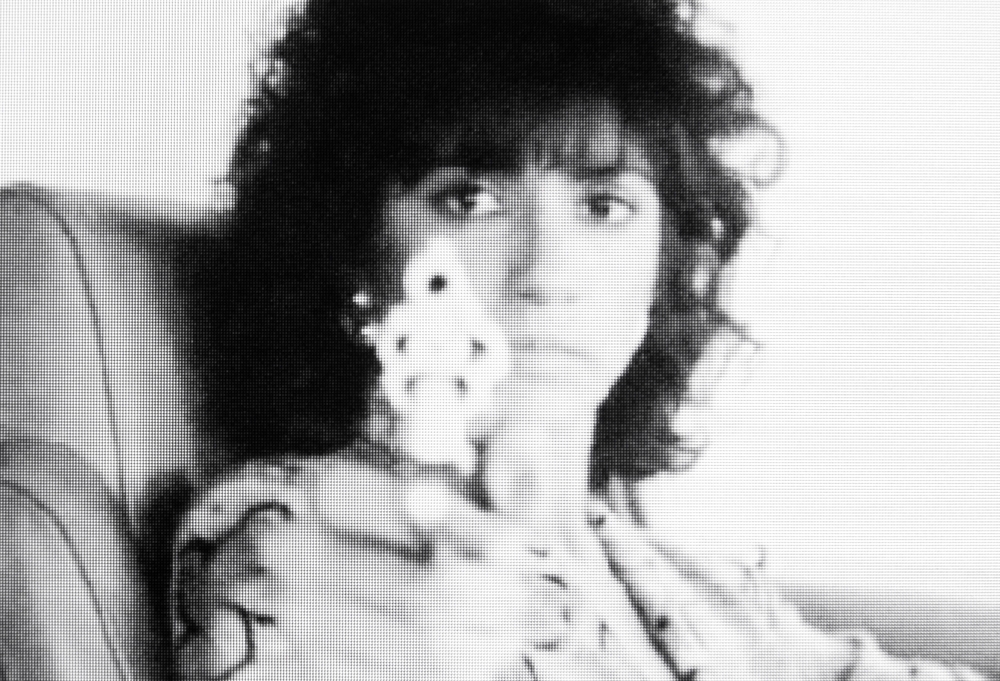 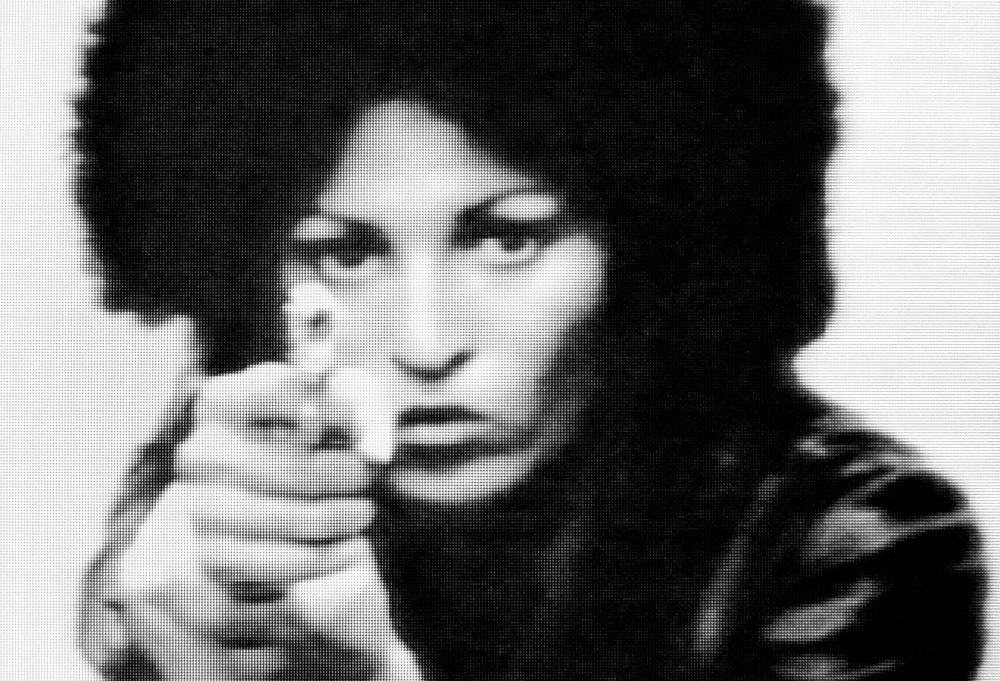 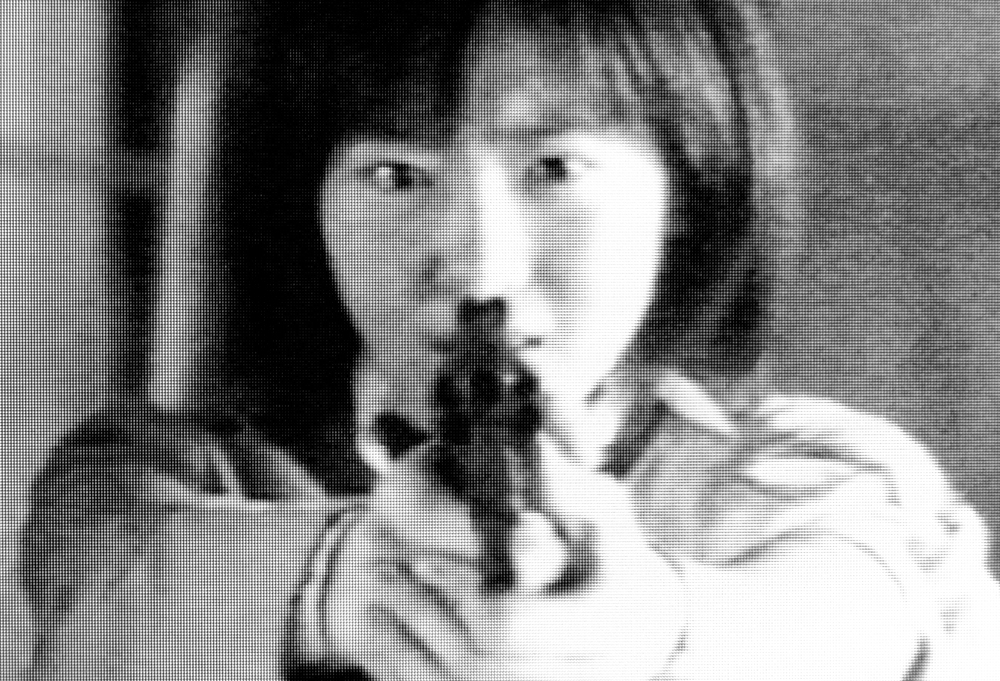 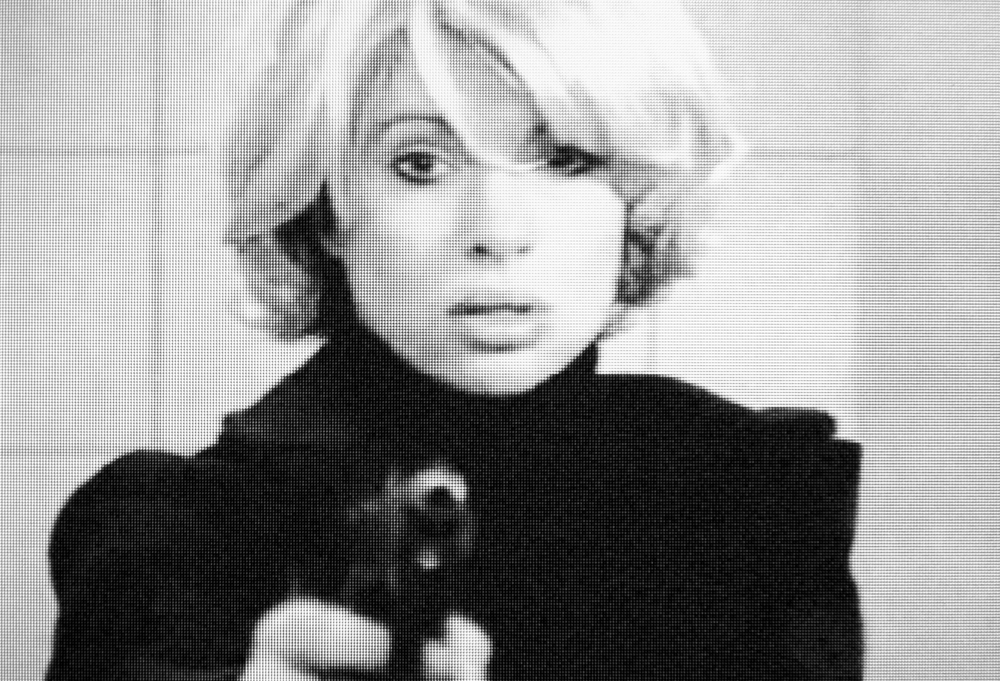 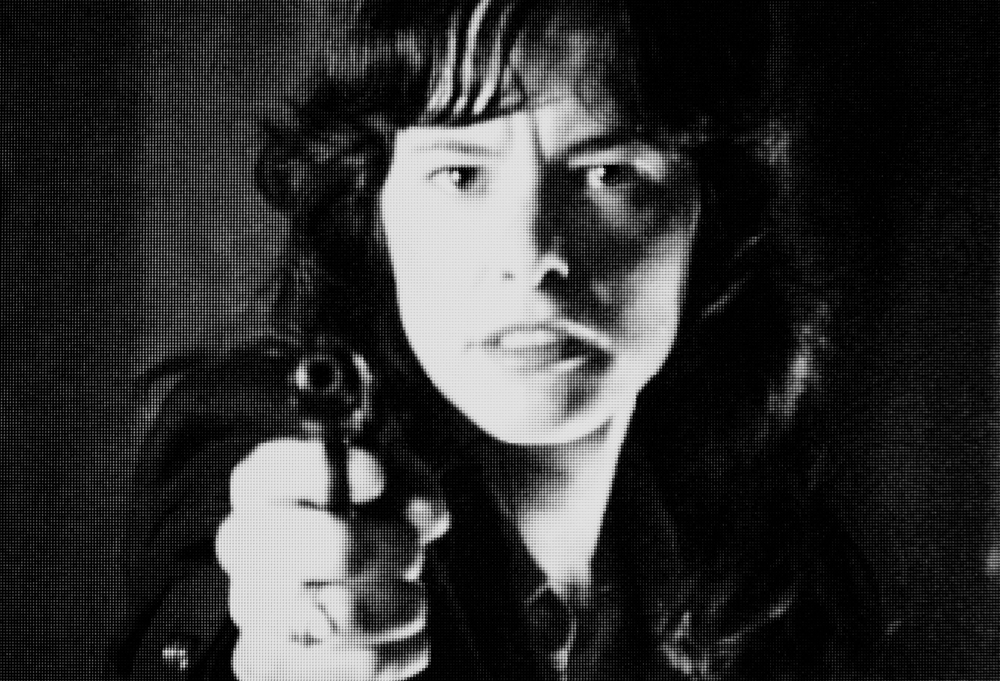